Meditation is perhaps as old as humanity itself. No wonder, that meditative practices play an important role in many religions and cultures. In the course of history, a multitude of different meditation currents and practices emerged. Even today, the fascination of inner contemplation through meditation remains unbroken and is very much in vogue in the fast-paced western world. It has even become an integral part of modern medicine and psychotherapy.

All meditating people are united by the desire to consciously experience their own consciousness. In the spiritual tradition, meditation is predominantly understood as a lifelong path. At the end of this path is the goal of attaining a deep connection with oneself, the cosmos or a divine being. The knowledge series History of Meditation introduces you to different meditation currents and meditative practices. This article deals with the origins of meditation.

Meditation in the early days

Meditative experiences are certainly part of human nature. In early times, people moved around in small groups. There were no large structure-giving religions. As hunter-gatherers, they lived closely connected to nature. Shamans provided the link between the experiential and the spiritual world. The human species was soon so successful in the struggle for survival that it was no longer necessary to spend all one’s time gathering food. Cultures with art and music were able to develop. When people are creatively active, the neurotransmitter serotonin is released. It provides a feeling of inner peace, harmony and well-being. Creative activities are therefore essentially a form of meditative exercise.

Our early ancestors also spent a lot of time together around the campfire, gazing up at the endless starry sky or the crackling flames of the campfire. The many stimuli and distractions of the modern world did not exist. Even today, many people listen to the crackling of the flames and the rustling of wind in the leaves of the trees to relax. So why shouldn’t early hunter-gatherers have known meditative states? Many archaeologists today are convinced of this. One could thus consider meditation to be timeless. [1]

Meditation – Anchored in the religions

Historically, the first mentions of meditative practices are found in the traditions of spiritual movements and religions. All these traditions see meditation not only as a collection of exercises. It is always part of an overall ethical package. Inner peace and mindfulness experienced and fostered in meditation are to be transferred to all areas of life.

Some early religious movements in which meditation plays a role are Buddhism, Hinduism and Christianity. [2]

The origin of yoga

Yoga is one of the oldest meditative practices handed down and originates from India. It plays a particularly important role in Hinduism. It is no longer possible to say when yoga originated. The only certainty is that it has existed for many thousands of years and was initially passed on orally from generation to generation. In the western world, yoga is often understood today as a complex system of dynamic movement sequences. However, it is in its origin a comprehensive spiritual path. According to the teachings of yoga, body and mind are separate. The goal of yoga is the reunification of these two elements, as well as the reunification of the conscious ego with the timeless divine Self. (Atman) [3]

Patanjali as a teacher

The first written records of yoga are found in Patanjali’s sutras. It is estimated that he lived between 600 BC and 200 AD. In his work, Patanjali summarised the theoretical foundations of yoga. He also developed a multi-stage yoga path. At the end of this path is the reunion of body and mind. The stages of yoga include various exercises for mindfulness and self-control. Meditation (dhyana) is one of these stages. [4]

Theravada is the oldest Buddhist current still in existence today. Its followers are guided by the original teachings of Buddha.

The historical Buddha was born in India about 500 years before Christ under the name Siddharta Gautama. According to tradition, he was an offspring of a royal family. For a long time, his father shielded him from all misery and bad influences in his kingdom. When Siddharta Gautama was finally confronted with illness and poverty, he took a radical step. He left his family and all his possessions behind with the aim of finding a way out of the suffering of the world.

For a long time he wandered through the country, became acquainted with different spiritual currents and at times lived in strict asceticism. However, he did not find a satisfactory solution to his search in the existing religions. Siddhartha Gautama used meditation as an important means of realisation. At the age of 35, he attained perfect enlightenment (bodhi) under a bodhi tree. He became the enlightened Buddha. Buddha told people about his insights and soon gathered a large following. [5]

The teaching of Buddha

According to Buddha’s teachings, life is fundamentally characterised by suffering. People experience this through birth, illness, old age and death. The followers of Theravada Buddhism strive for enlightenment (Bodhi). Those who become enlightened break through samsara, the cycle of suffering and rebirth. The enlightened person, on the other hand, reaches nirvana, a state completely detached from samsara. Buddha refers to nirvana as “the highest happiness.”

To become enlightened, a Buddhist must prove himself worthy (Arhat). However, enlightenment (Bodhi) and thus entry into Nirvana is only possible for monks. It is the duty of the people to provide for the monks. Those who fulfil this duty conscientiously and adhere to the Buddha’s teachings will be reborn in a better position in the next life. Perhaps he will then even have the opportunity to become a monk himself, attain enlightenment and reach Nirvana. [6]

Meditation as a path to enlightenment

Buddha’s original teaching is called Abhidhamma. In the fifth century AD, the scholar Buddhaghosa summarised the Buddha’s teachings in the work Visuddhimagga. Visuddhimagga can be translated as Way to Purity. Buddhaghosa’s summary is considered by Theravada followers to be the most detailed and profound exposition of Buddhism.

In order to be able to tread the path to enlightenment, Buddhagosa describes two types of meditatio: Samatha, concentrative meditation, brings mental stillness. Vipassaba, insight meditation, is said to lead to perfect wisdom. [7]

A new Buddhist current is emerging

In a religious consultation, the second Buddhist council in Vaishali in 338 BC, the original Buddhist community split into two streams. The Theravada school of Buddhism is oriented towards the Buddha’s original teachings, while the Mahasanghika school reinterprets some aspects of the original Buddhism. According to the Mahasanghika view, Buddhist teachings should no longer be accessible only to monks, but should be fully accessible to all people. In the Fourth Buddhist Council, which takes place a century after Christ, Mahasanghika gave rise to Mahayana, Tibetan Buddhism. Mahayana means great vehicle. Theravada Buddhism, reserved for the monks, was given the name small vehicle.

The teachings of Mahayana

Instead of striving for nirvana, Mahayana followers focus on compassion and wisdom. The idea of a world of suffering (samsara) and salvation through nirvana is replaced by a new image of the enlightened. The ideal image of the noble Bodhisattva. The bodhisattwa postpones his own salvation in order to help other living beings on their path. According to the Mahayana Buddhists, samsara and nirvana are empty by nature. The enlightened human being (bodhisattva) belongs to neither samsara nor nirvana. Emptiness (sunyata) can be described as the absence of a constant being and a constant self. It forms the basis of Mahayana Buddhism.

A multitude of currents

There are also different currents of Mahayana Buddhism today and different ways of practising. A significant teaching model of the Tibetan Mahayana are the “nine stages of meditative stabilisation.” They were developed in the 500 century AD. Chr. in India by Asanga. Asanga is also considered the founder of the Yogacara school, a form of Mahayana Buddhism.

In Tibet, Asanga’s stage model is considered an extremely important teaching. It is one of the first works to combine mindfulness meditation with concentration. The meditator fluctuates between the extreme moods of excitement and doziness. His goal is to achieve a balanced and clear state of mind through meditation. Once he has achieved such a meditative equilibrium, it can no longer be shaken. [8]

Zen Buddhism stands on the philosophical framework of the Yogacara school of Mahayana Buddhism. The monk Bodhidharma brought Mahayana Buddhism to China in the 500th century. Here, Zen Buddhism developed into its own school. In Zen, the pursuit of moral conduct (sila), the teaching of meditative immersion (samadhi) and the pursuit of wisdom (prajñā) are closely linked. Zen is a translation of the Indian word dhyana, which simply means meditation. However, Zen does not only include simple meditative sitting, but also a mindful and clear attitude of mind.

The Chinese monasteries where the monks practised Zen Buddhism were often very remote. So the monks could not live off the alms of the population, but had to provide their own food. The meditative spirit of Zen therefore also encompasses work.  For this reason, Zen is a practically oriented school of Buddhism. It is less cerebral than the schools already presented and the teachings of the lama are often shorter. [9]

Taoism, like yoga, is a very old spiritual tradition. It too was initially only passed on orally. Lao Tzu, who was probably a contemporary of Siddhartha Gautama, spread Taoism in China. The followers of Taoism turn away from all ego-centred thinking and acting. Just as in Zen, meditation and practical activity are not contradictory. All action is done out of selfless being and in every activity the benefit for the community is seen. It is not about profit orientation.

Central to Taoism is the idea of the life energy “Chi” or “Qui”. Chi is the primordial energy. It divides into the two poles yin and yang. The division of chi is found, for example, in the two sexes or in the separation of power and mind. All meditative exercises of Taoism aim to bring power and mind together again. Very sophisticated exercises can be found in Qigong, for example.

If a person succeeds in reuniting power and spirit, he frees himself from the polarity of chi, even if he continues to be bound to the Tao during his lifetime. The Tao can be understood as the ground of all being and the striving of every living being. [10]

Meditation and Mysticism in Christianity

Church and personal experience of God

Jesus as the forefather of Christian mysticism

The Protestant pastor Manfred Rompf even sees Jesus himself as the origin of Christian mysticism and meditation. According to tradition, Jesus was a master of inner collection and religious contemplation. He also taught his disciples this art. However, in the version of the Bible that is circulated today, there are hardly any passages that refer to such meditative practices and personal experience of God. However, this was not always the case. For example, passages on divine omnipresence, mystical experience and becoming one were found in the Gospel of Thomas. However, they were largely censored in the Council of Constantinople in 381 AD. [12]

An early example of Christian mysticism are the “Desert Fathers”. These Christian monks withdrew into the solitude of the desert from the third century onwards. They sought purity of heart in the simple life with the aim of freeing their minds from all worldly and ego-centred thoughts. The desert father Johannes Cassianus (360 – 435 AD) taught praying without words. He also recommended meditative exercises in which individual words were constantly repeated.

A later mystic was found in Meister Eckhardt (1260 – 1328). He turned away from the idea of a personified God. Instead, he spoke of an all-encompassing and inherent deity in every human being. [13] 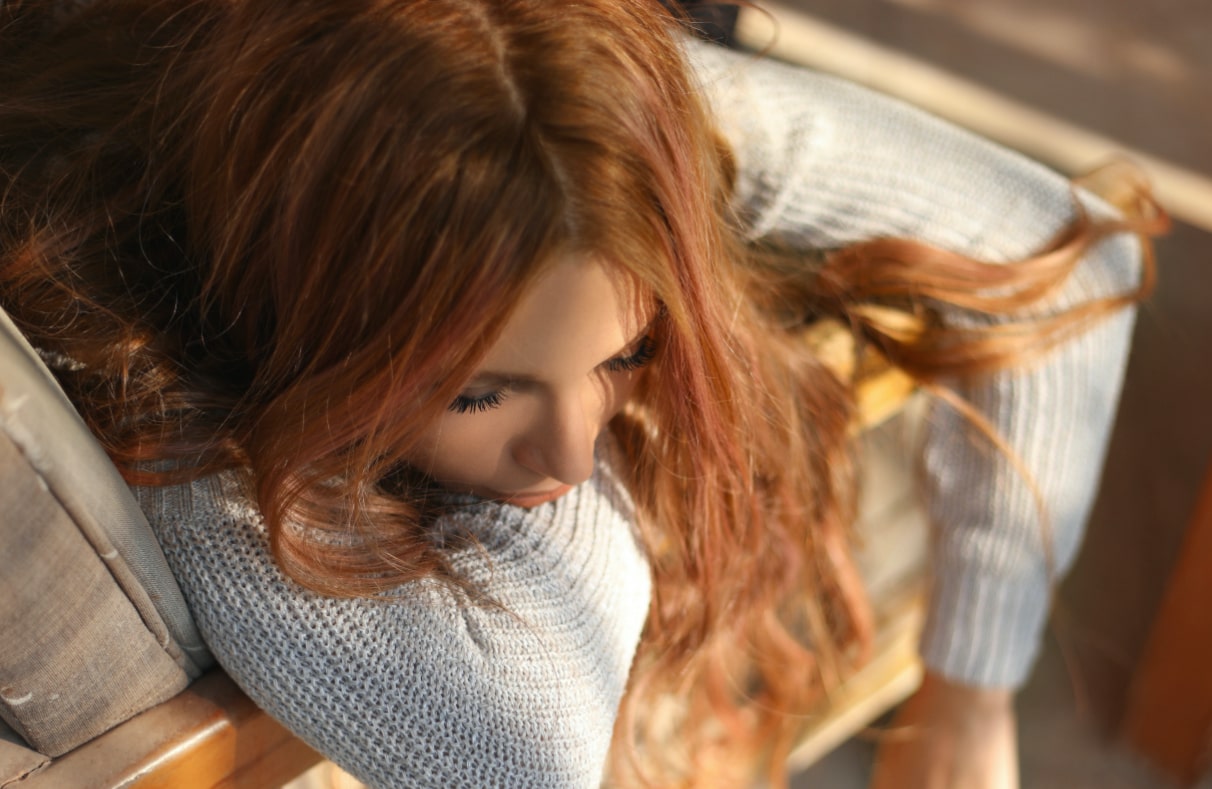